Your donation does more than just fund CFS programs – it can help heal and bring together a broken family. This was the case for Mark* and his parents, who had the courage and willingness to change, making theirs a story worth telling. Thanks to your support, Mark’s parents were able to receive the help they needed, before helping their son achieve his dream.

Mark’s parents were enrolled in CFS’ E Ala Hou program for substance abuse. During their treatment, their caseworker referred their 13-year-old son Mark to our summer camp. This camp is offered completely for free during school breaks in the spring, summer and fall. The cost of camp supplies, rental fees, food, honorariums for guest speakers, field trips and prizes are generously covered by community donations. Activities are tailored around educating teenagers about the consequences of an unplanned pregnancy, and during the week, the children go through personal development, leadership and negotiation exercises, building self-esteem and creating career goals – while also having fun.

“Mark thrived during the camp. Everyone saw that he was incredibly motivated, and we believe it was during camp where he caught a vision of what his life could be,” says Kimberly Acierto, program coordinator.

After camp, Mark participated in CFS’s Positive Youth Development program, where a life-mapping exercise led him to realize his dream to become a doctor. He would need a good education and good grades, and so, he decided to apply to Kamehameha Schools.

He found that the application process was extensive. In addition to filling out lots of paperwork, he would need to get birth certificates to prove his Hawaiian ancestry and prepare for an intensive interview.

That’s where Mark’s parents stepped in. By then, they had completely turned their lives around through donation-funded CFS programs – they were now able to help their son. They did everything that they could, whether it was preparing the application papers or getting necessary paperwork to prove his ancestry. It was a victory for the entire family.

Today, Mark is a student at Kamehameha Schools, and his parents have recovered from their drug addictions. Acierto says, “Had Marks’ parents not been in our services, the caseworkers couldn’t have suggested Mark to attend camp. It shows how the family can be able to support their child, after they receive the support that they need themselves.”

Mahalo to our current supporters of our Positive Youth Development program:
• Goodale Family Fund of the Hawaii Community Foundation 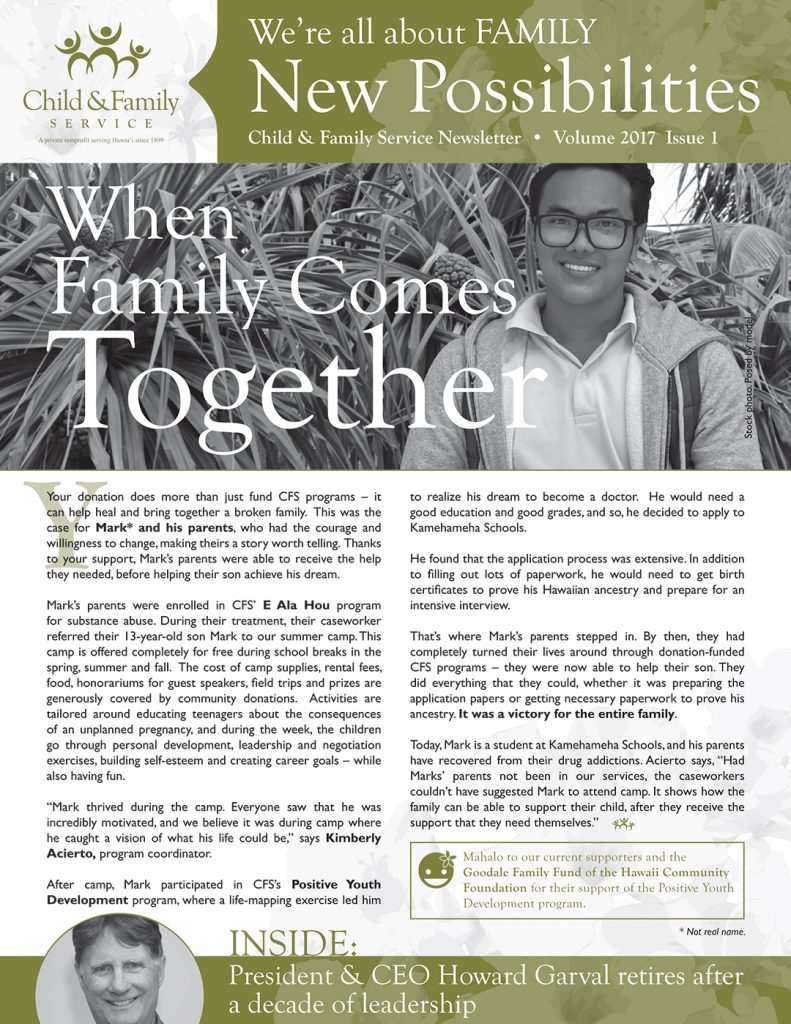 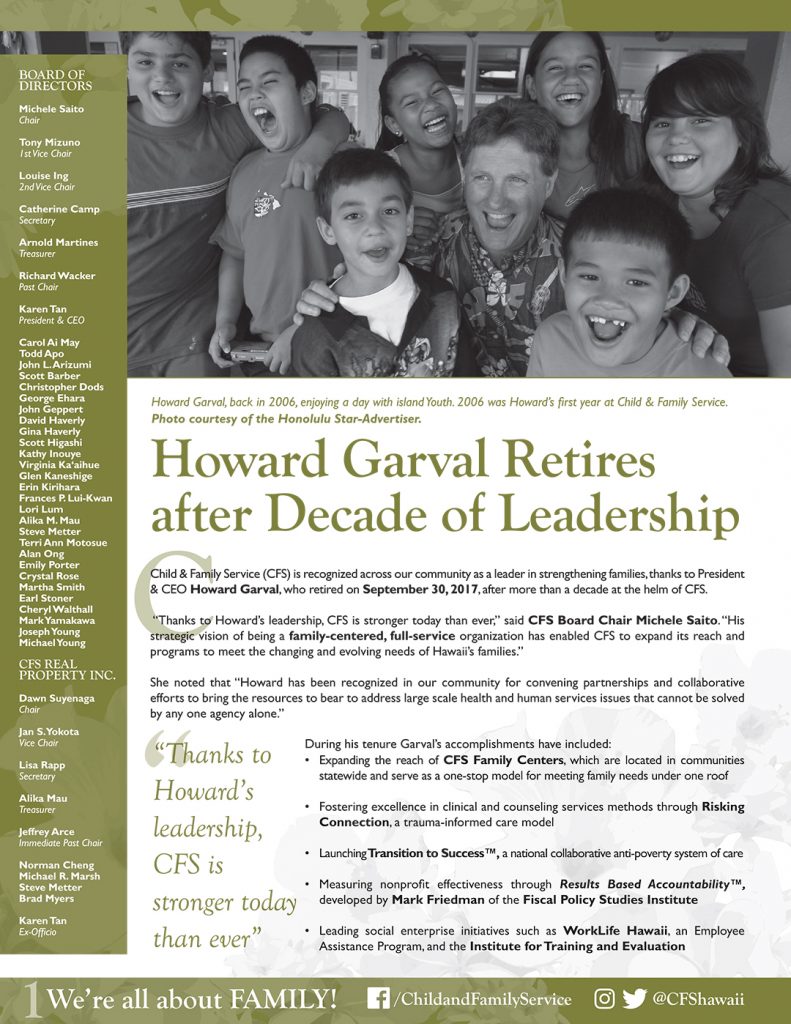 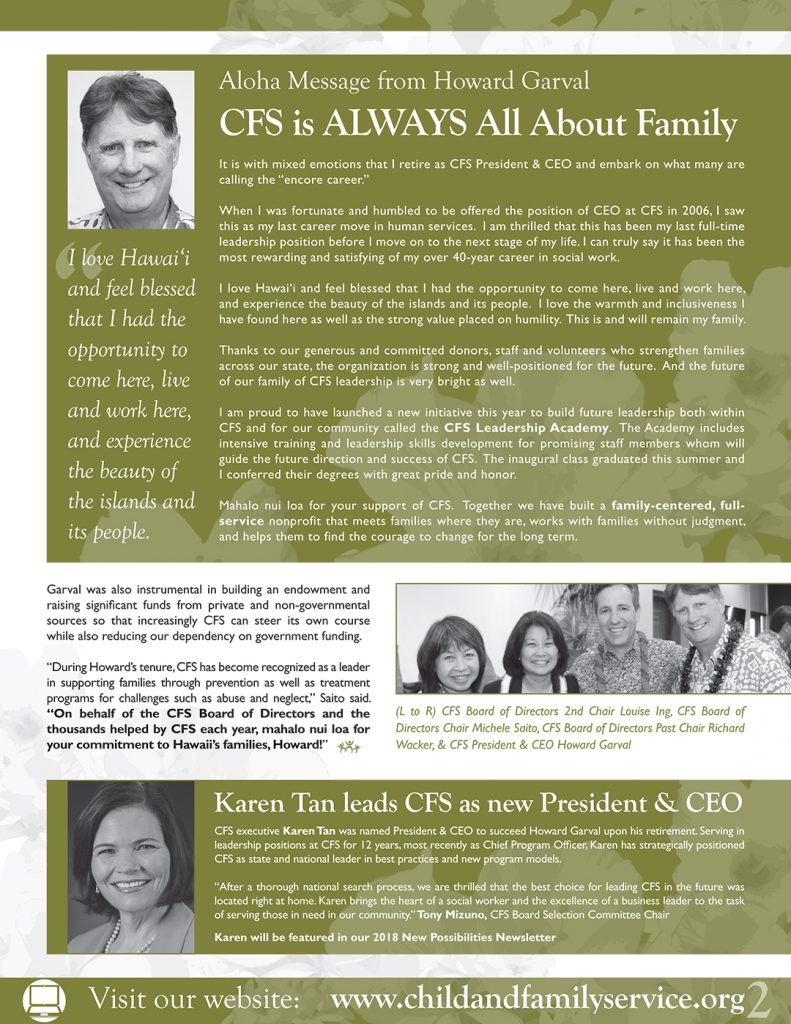 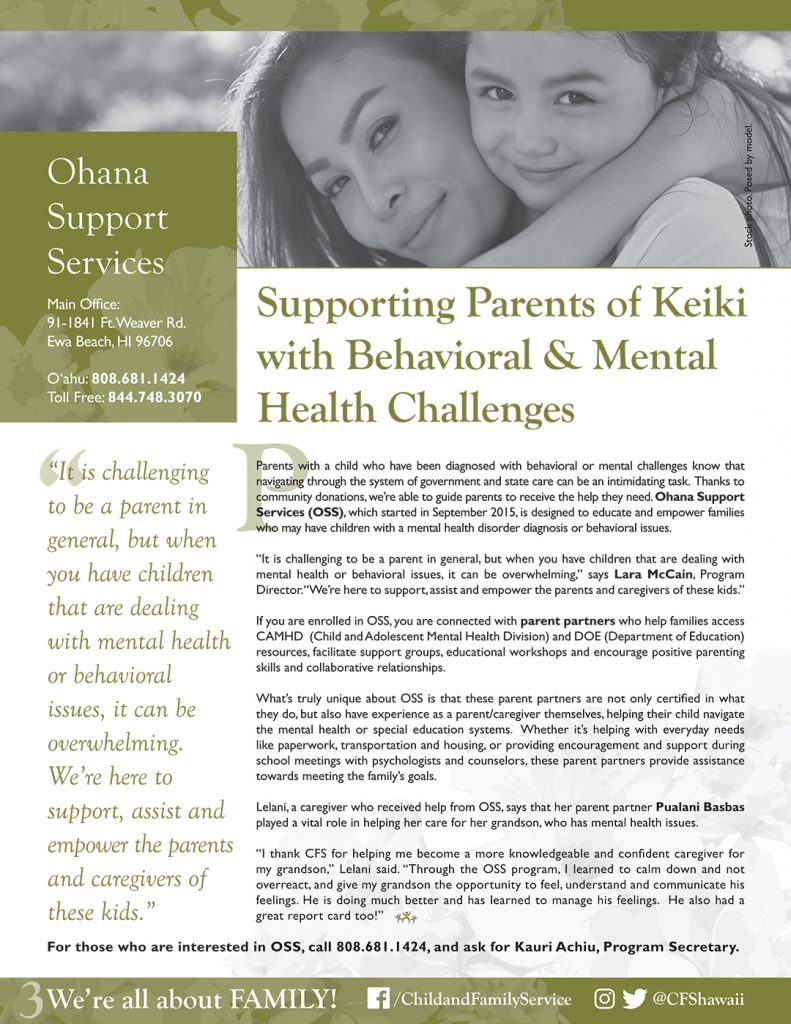 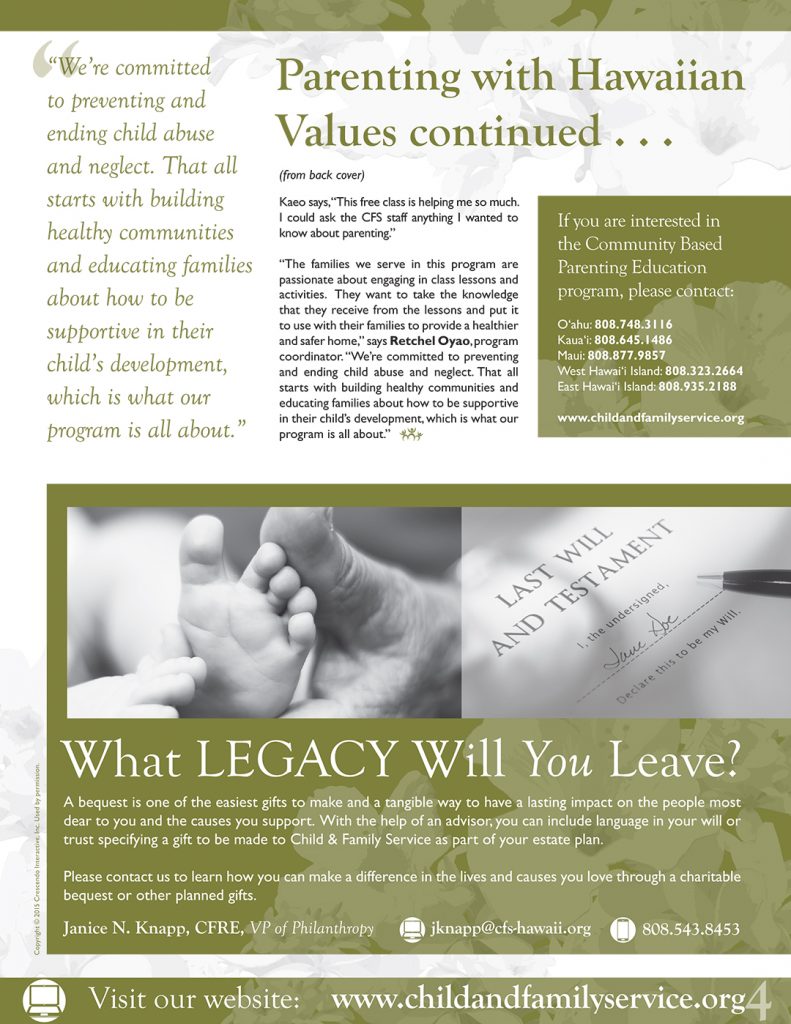 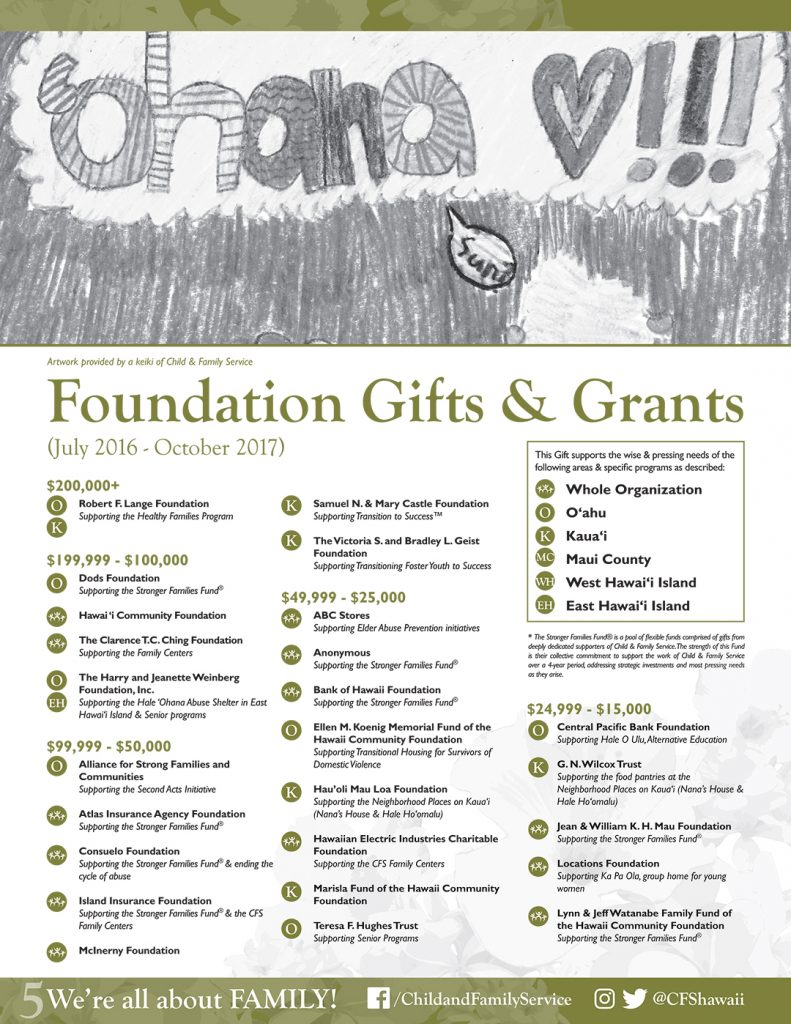 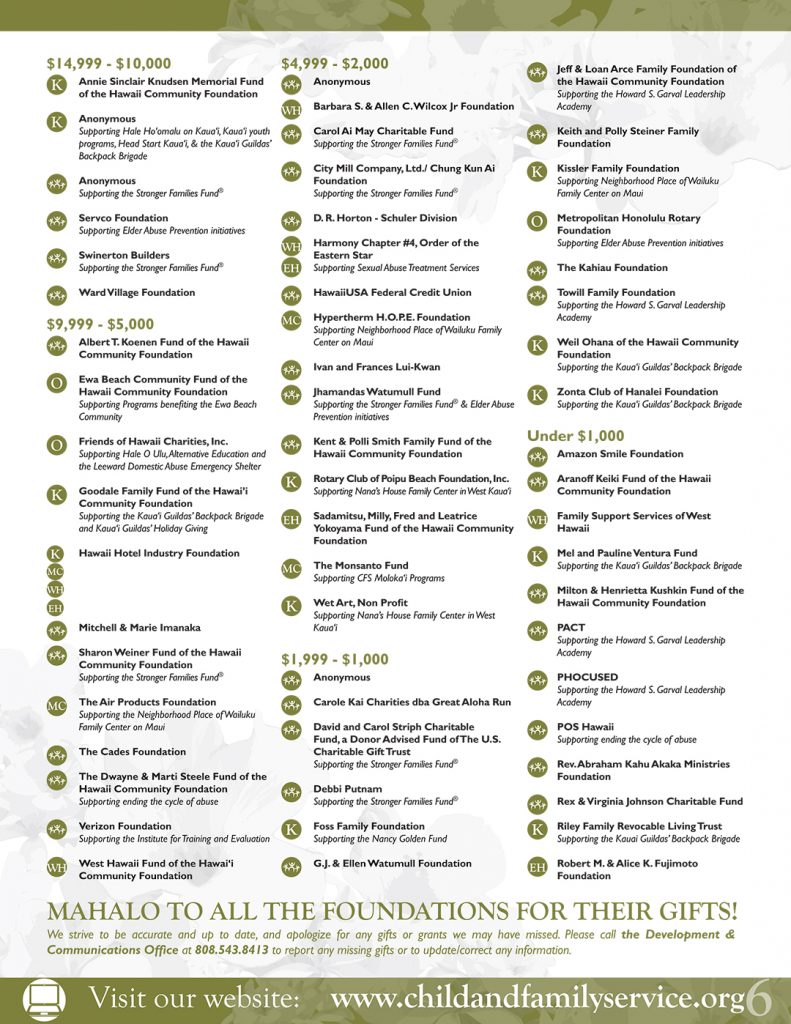 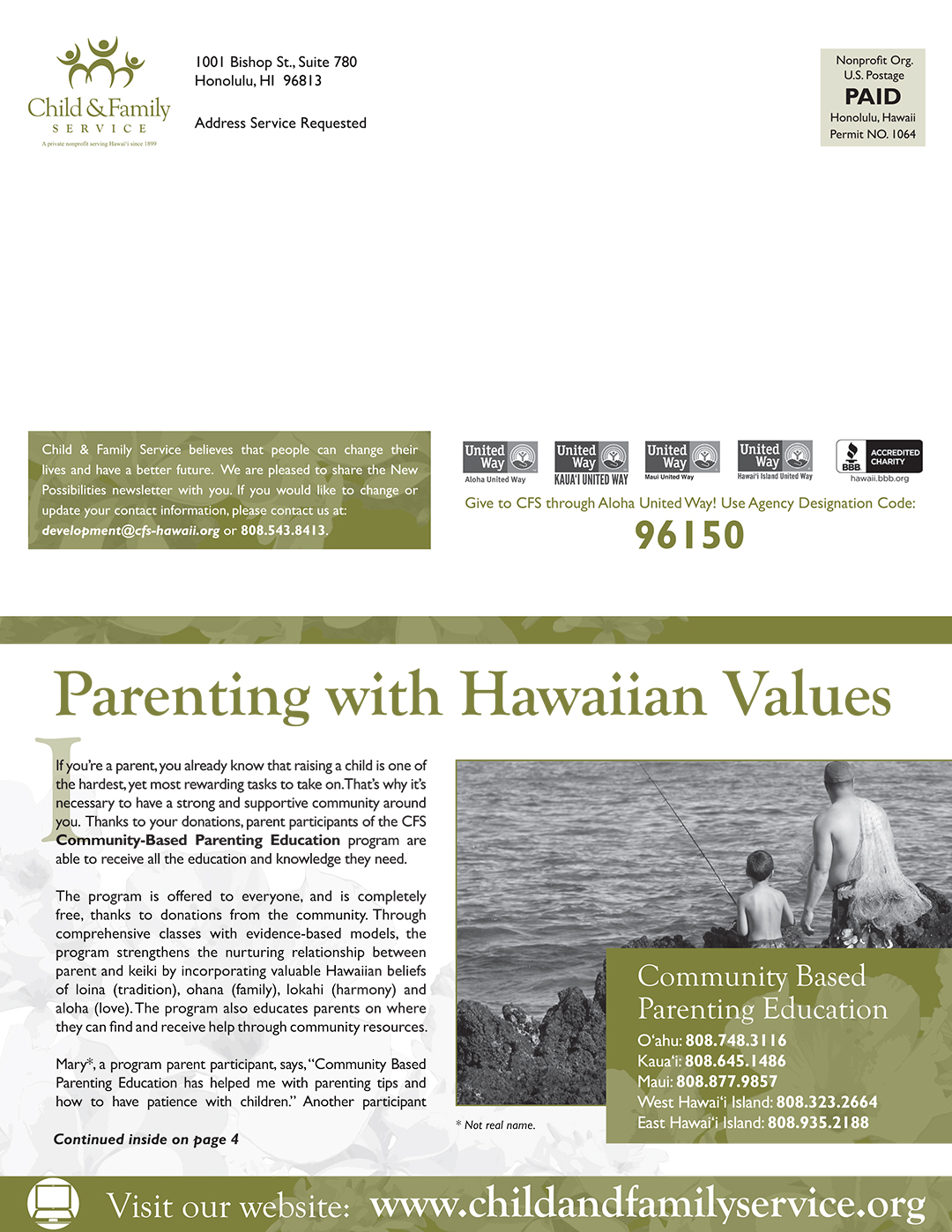