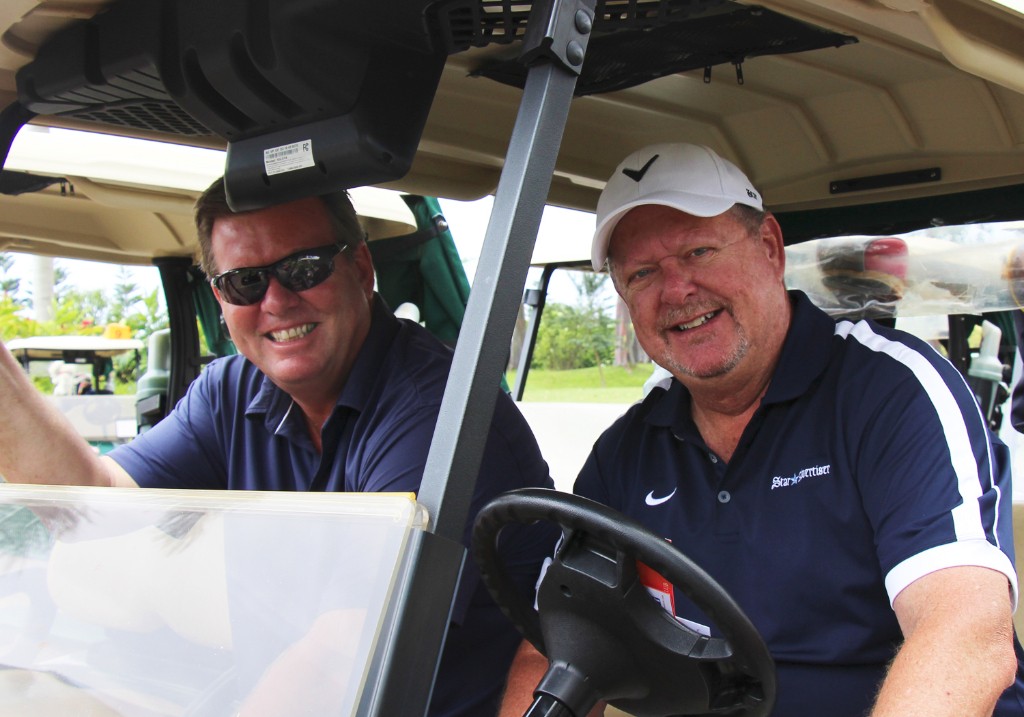 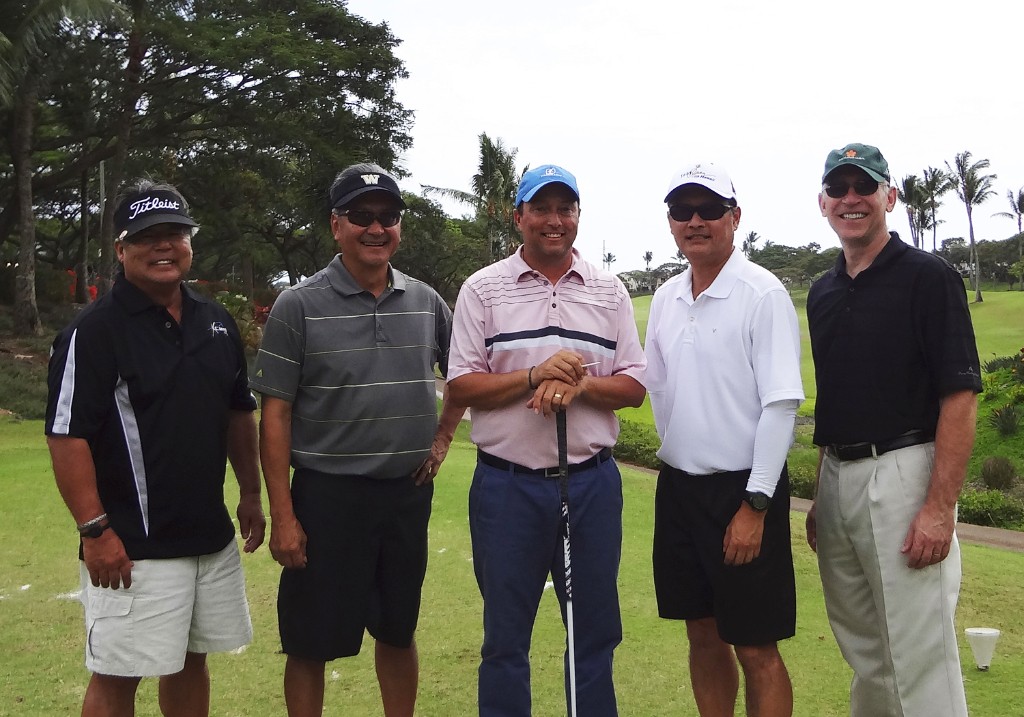 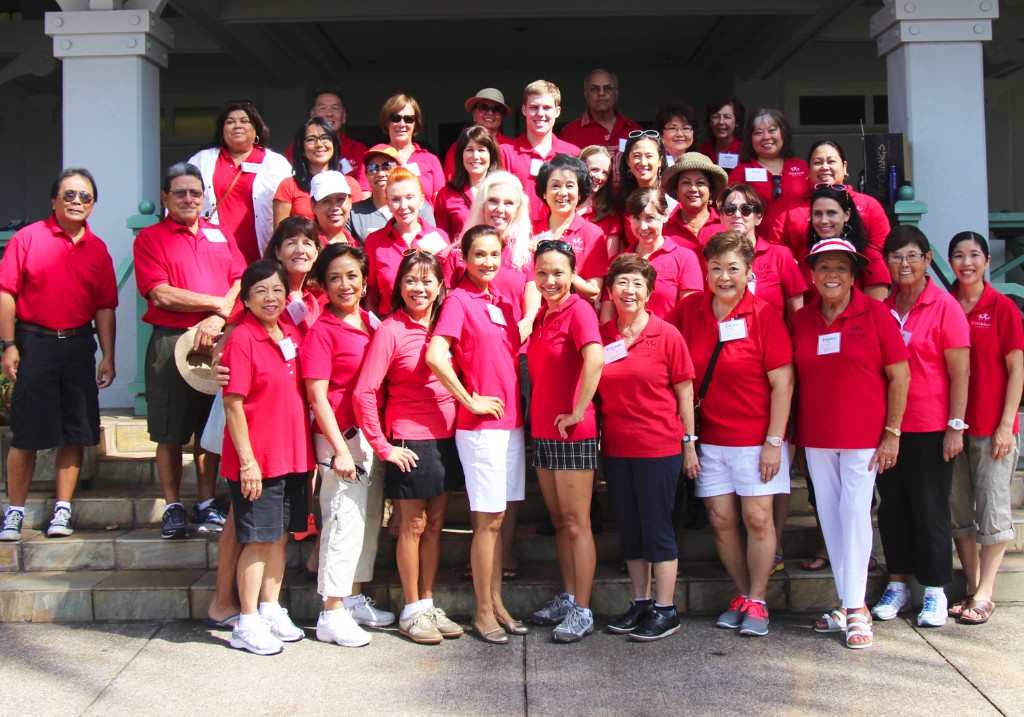 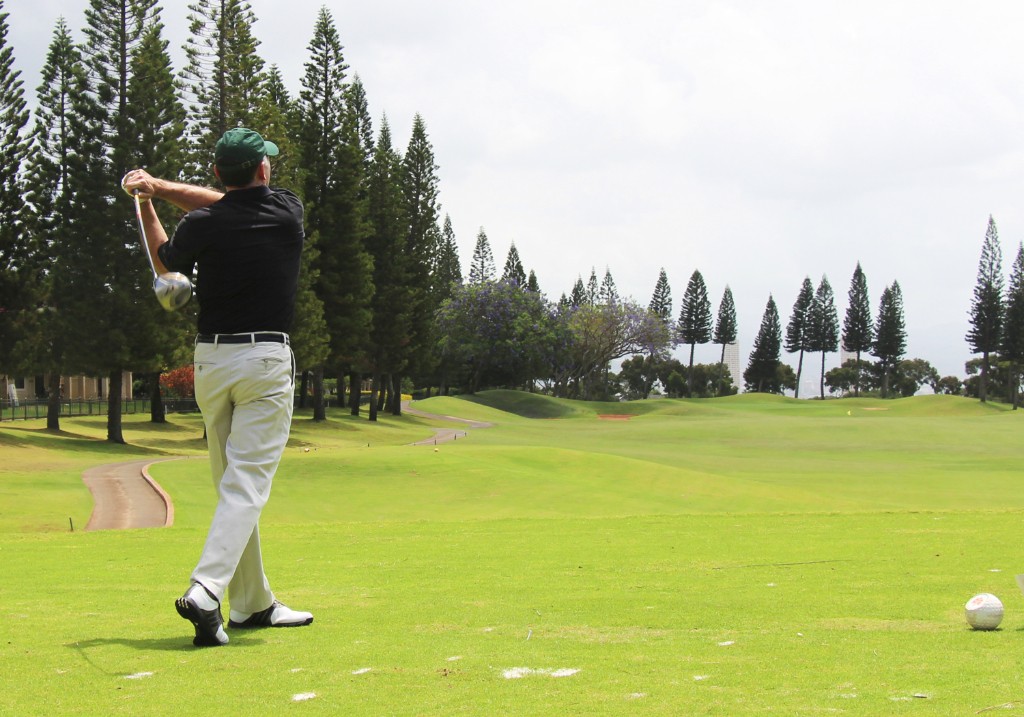 The First Hawaiian Bank (FHB) LEADERSHIP CUP recently wrapped up a day of good sportsmanship and stress-free rounds of golf at the Waikele Country Club. The tournament included more than eighty golfers, and dozens of volunteers ensured a fun-filled day for all.

This annual tournament, now in its 31st year, was founded by former FHB leader, the late Johnny Bellinger and his wife Joan, former CFS Board Chair Jeff Watanabe and Guild co-founders Lynn Watanabe, Sharon Weiner, and Ruthann Yamanaka. Over the years, the FHB Leadership Cup has raised more than $3.7 million to support the work of CFS.

So many were involved in making this event a success. On behalf of CFS, we’d like to extend a mahalo to First Hawaiian Bank for its longstanding title sponsorship of the event. Special thanks go to FHB Chairman & CEO Robert Harrison for serving as honorary chair. A very big “Thank You” also goes to the CFS Guild, led by Guild Golf Co-Chairs Rosa Asuelo and Laura Woods. Their expertise and commitment made this year’s event a huge success. The funds that were raised will help to support CFS program participants and services. 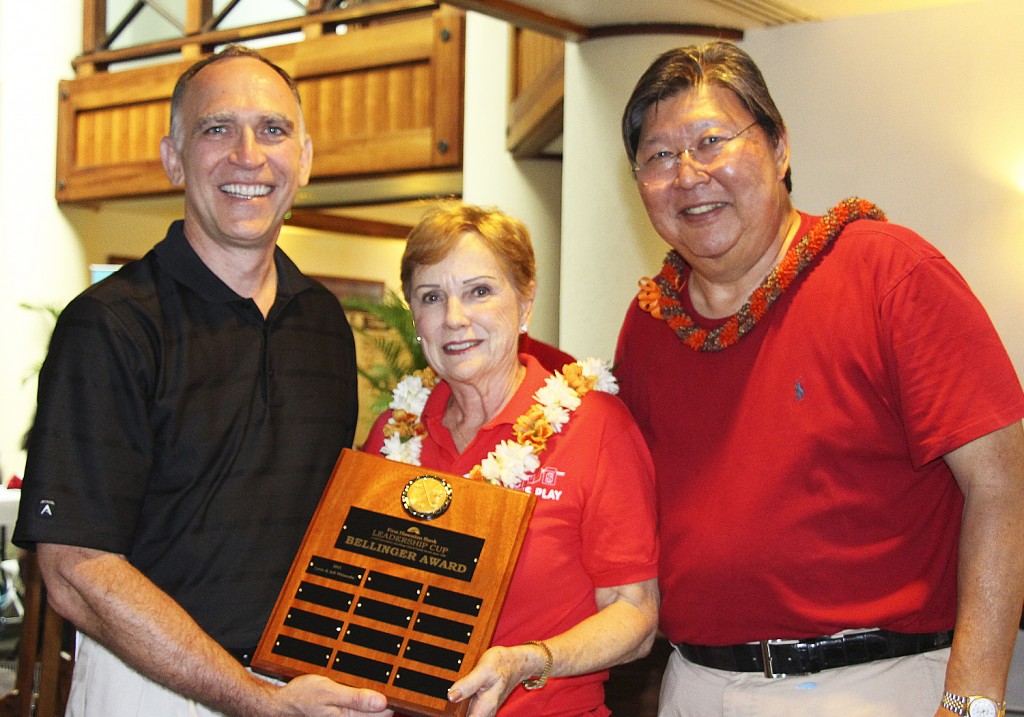 Established in 2014, The Bellinger Award* recognizes Child & Family Service (CFS) community partners who are committed to the mission and vision of the organization. This past year’s inaugural award was presented to Lynn & Jeff Watanabe.

Lynn and Jeff have been steadfast advocates for CFS for thirty-two years. In support of the organization, the couple immediately became “Membership Donors” and Jeff joined the CFS Board. Within two years, Jeff was appointed President of the CFS Board. Initially noting that “CFS was one of Hawai‘i’s best kept secrets,” Lynn and Jeff developed a plan to transform CFS into a first-rate, statewide resource for families in crisis and need.

Through savvy business practices and partnerships, the couple worked to position CFS front-and-center among the top businesses and leaders in Hawai‘i. Needless to say, their direction was integral in transforming CFS into the organization it is today. Over the years, Lynn and Jeff have continually raised funds and support for CFS. Not only have they helped to establish essential events, including the FHB Leadership Cup golf event, but they are also founding members of the CFS Guild, and led a $13-million capital campaign to build the CFS Ewa Campus.

*The Bellinger Award was established in honor of Johnny and Joan Bellinger. Johnny served as President of First Hawaiian Bank for many years, while Joan dedicated herself to community leadership. Together they established the First Hawaiian Bank Leadership Cup (then called “Child’s Play”) and spearheaded many community initiatives in support of CFS. Johnny and Joan were introduced to CFS by the Watanabes.