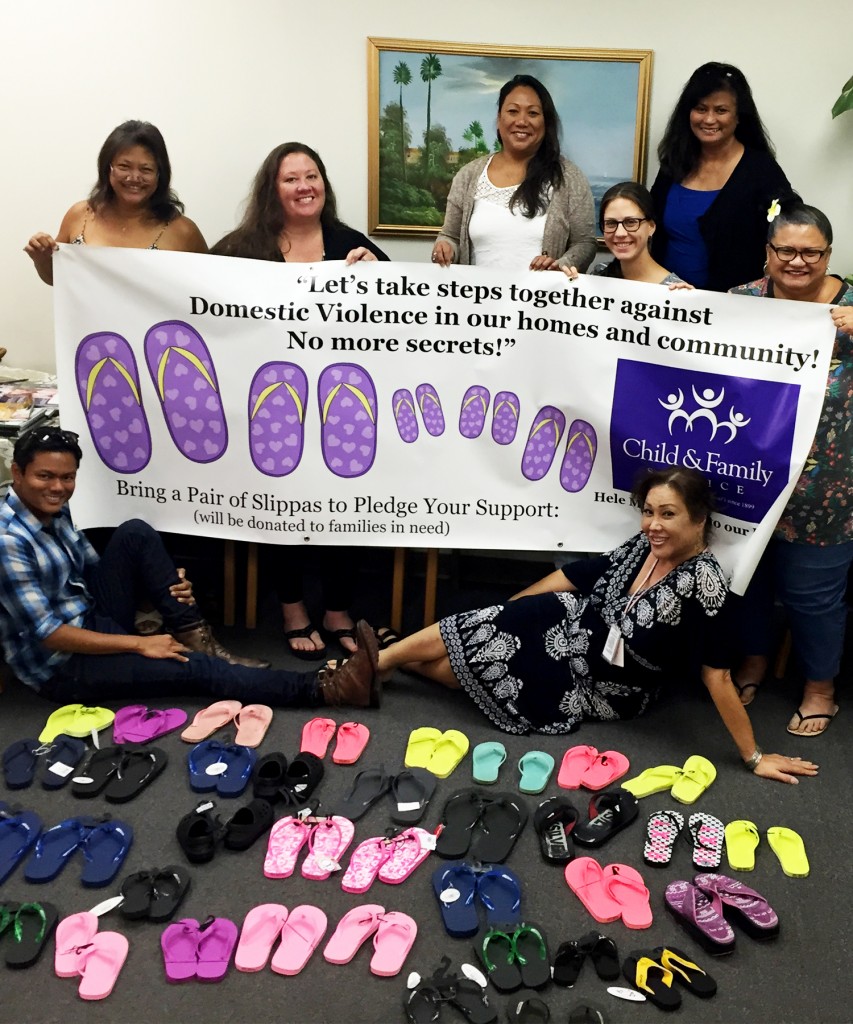 Honolulu, Hawai‘i – Every local family knows that when slippers lay outside the home and at the front door, it’s an indicator of how many people have gathered inside.

Staff members from Hawai‘i nonprofit Child & Family Service (CFS) decided to take the concept a step further, with a gathering of slippers to stand together and to help families affected by the trauma of domestic violence.

Thanks to their efforts, more than 75 women and children in need of new slippers will have them.

According to CFS President & CEO Howard Garval, the CFS “Slippa” Campaign was launched by the organization’s Community Kokua Committee, which is comprised of employees from various departments to extend CFS’ family-centered focus to our community.

The campaign was launched as part of Domestic Violence Awareness Month in October. CFS staff members on all islands were encouraged to donate pairs of slippers to be given to families in CFS emergency shelters and domestic violence programs.

“For many families in Hawai‘i, a slipper might represent hurt or harm,” said Garval. “Our staff members wanted to change that and to have the slipper represent a gathering of support, for no more secrets.”

Garval said that CFS domestic violence shelters provide safety and security in time of critical need, and much more. “Our transitional housing facilities are a place for families to heal from trauma and to develop the confidence, abilities and life skills to lead independent lives free of abuse,” he said. “Children very often feel safe for the first time in their lives.”

Garval added that the CFS Community Kokua Committee hopes to increase awareness each year and envisions the Campaign growing with every year to show our unity against domestic violence and helping families in need.